History: from Integrate to INFORMAR 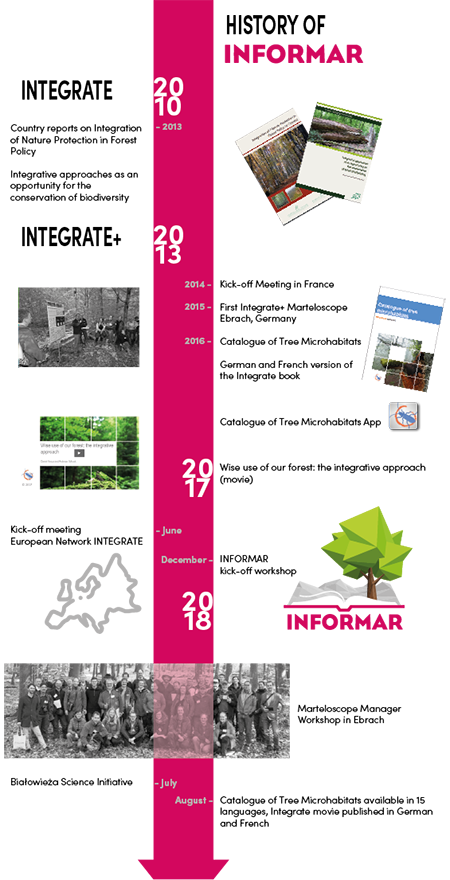 The success of the Integrate project elicited a follow-up initiative in 2013: Integrate+. This was a demonstration project funded by BMEL to establish a European network of demonstration sites for the integration of biodiversity conservation into forest management. It did this by building on a network of practitioners and research partners with a focus on the implementation of integrative management and enhancing transnational exchange of experiences. The main outcomes of this project were the set-up of the Marteloscope network, the creation of the Catalogue of Tree Microhabitats and, as icing on the cake, the award-nominated film Wise use of our forest: the integrative approach, now also available in German and French.

Given the extremely valuable outputs of the two aforementioned programs, it was considered crucial to preserve the knowledge gained by Integrate and Integrate+ and to maintain and expand the network of forest policy experts and forest practitioners. INFORMAR does precisely that. Apart from managing the European Network Integrate and the Integrate Practice Network, the third focus of INFORMAR lies on research on integrated forest management on a European scale, with all its challenges and opportunities.